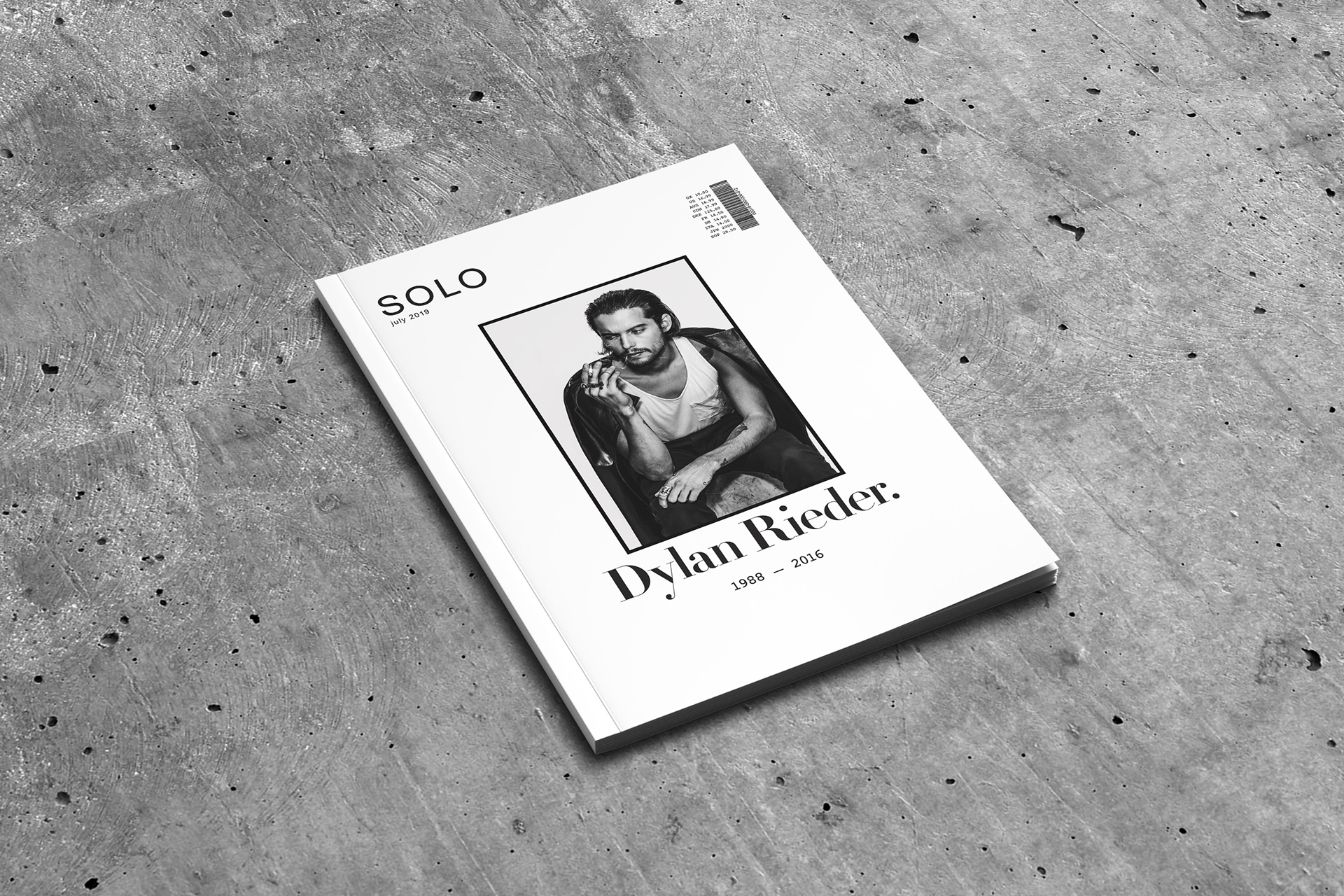 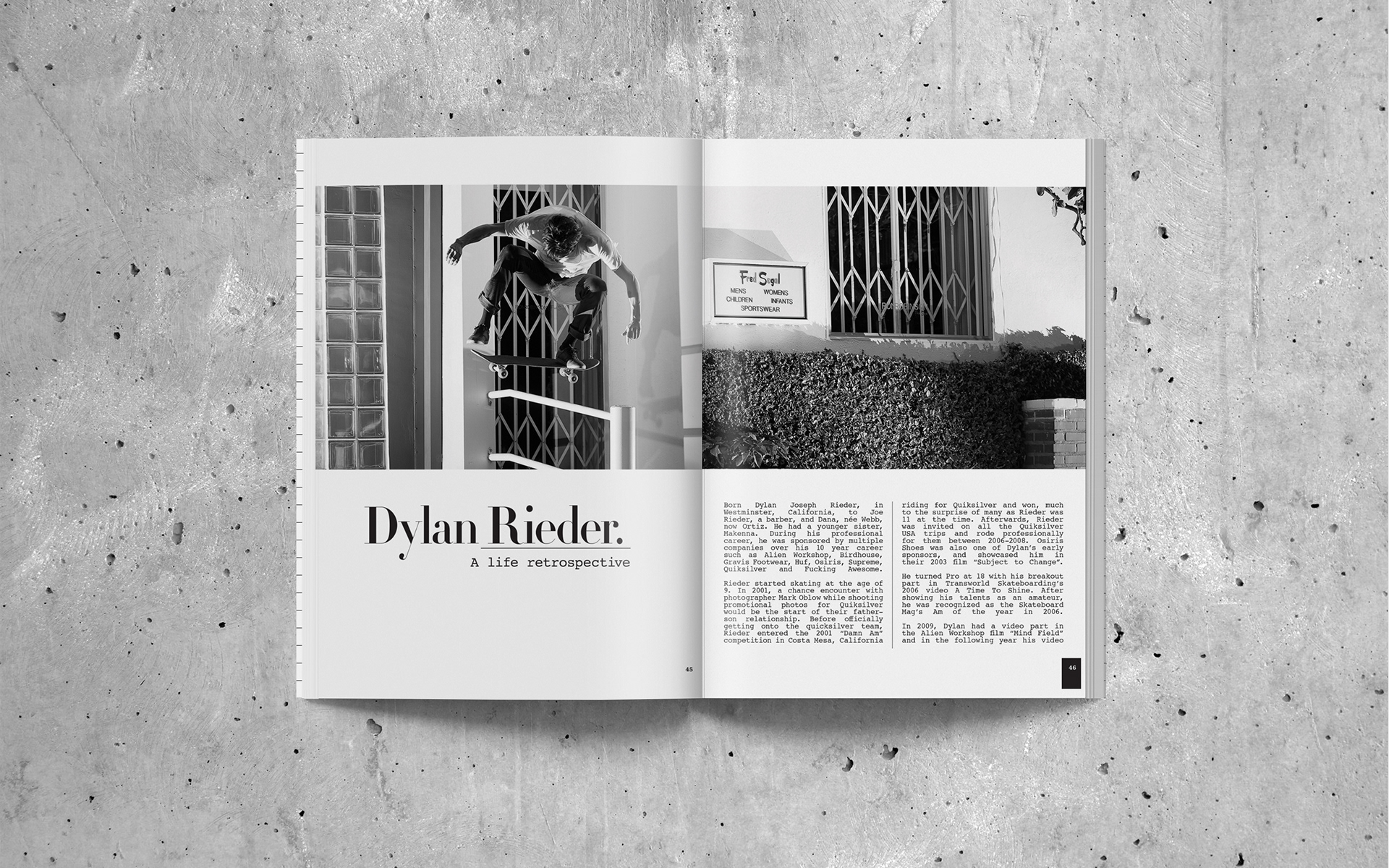 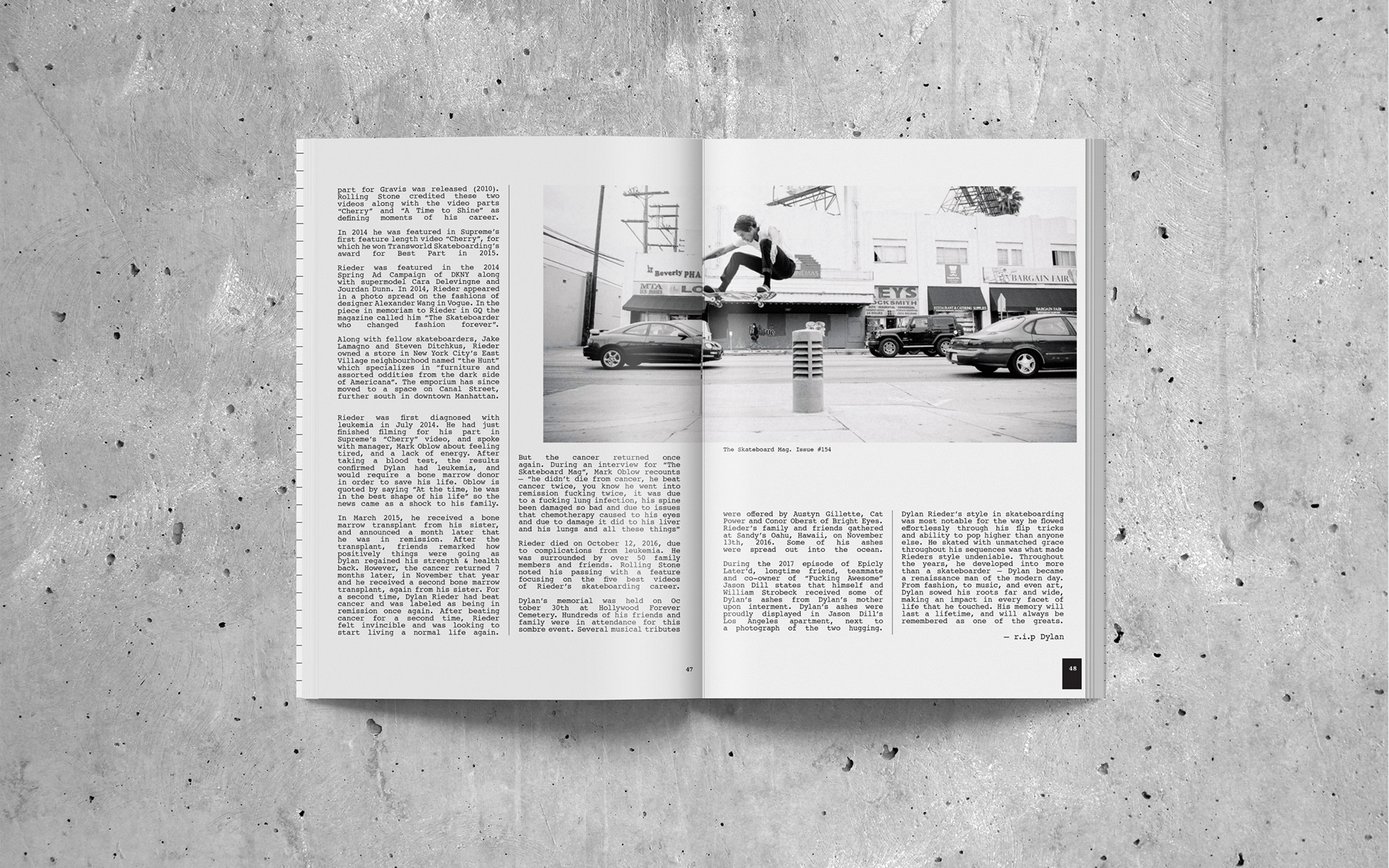 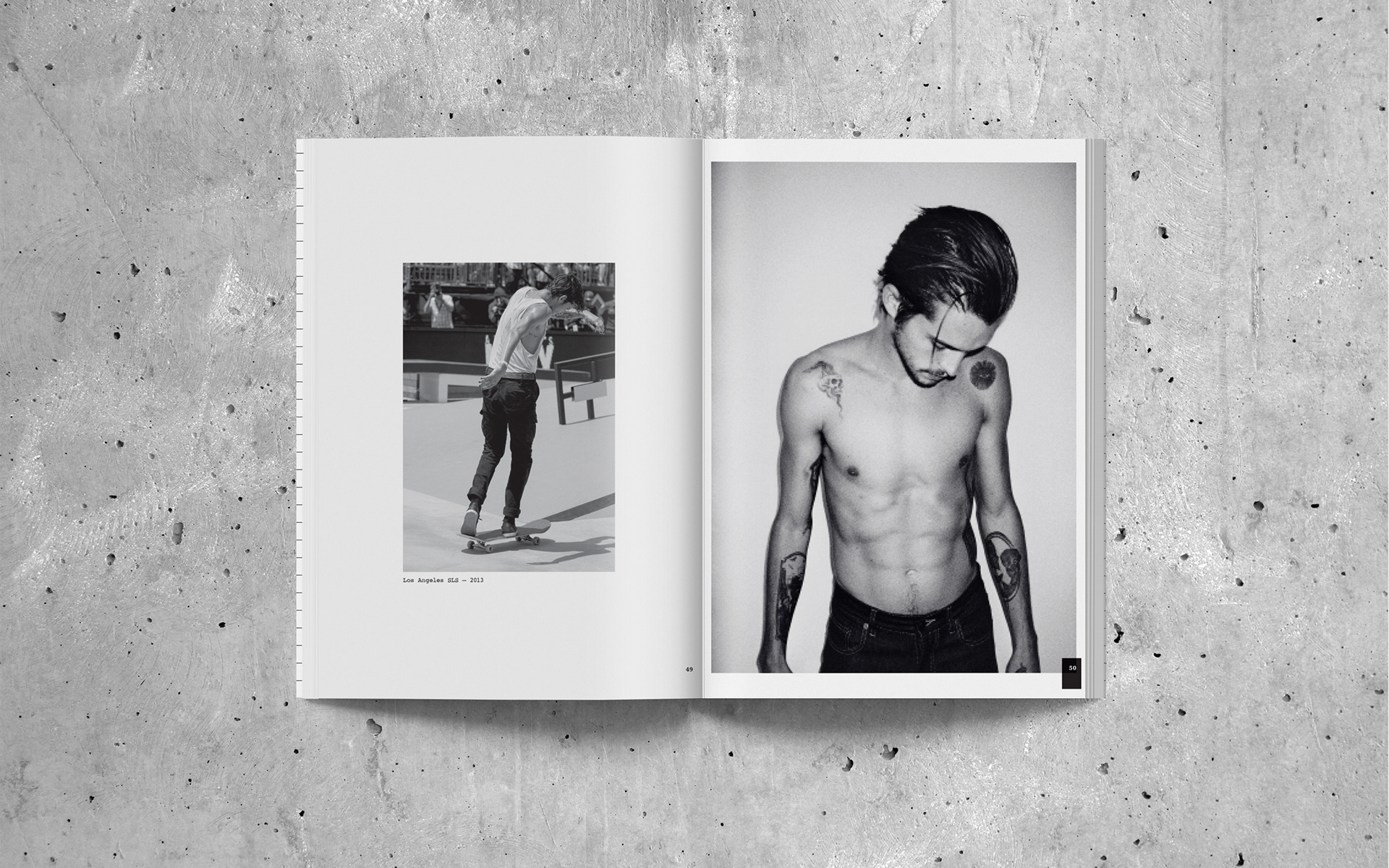 Developed as a conceptual piece, in remembrance of professional skateboarder Dylan Rieder after his battle with cancer. The challenge was to have a seamless integration into SOLO’s own art directive for the magazine and act as testament to Dylan’s legacy.

Known for his effortless style and nonconformity to the corporate world, the challenge was to recreate Dylan’s hard aesthetic & personal values through graphical elements and layouts. We utilized a monochromatic colour scheme to create a sombre visual tone while keeping true to skateboarding's roots with a more avant-garde serif typeface of Courier.
SOLO’s readership is fixed, with a majority of their publications distributed to skate shops and specialty bookstores in Europe. There are very few retail outlets in North America or Asia-Pacific. This allowed us to focus on stylistic preferences of the European marketplace when designing the magazine spreads. In addition to the visual component, the copywriting is intended to be slightly darker, with macabre undertones in compliance with more traditional European readership.
Solution + Project Takeaways

Aided by photography from Atiba Jefferson, Henrik Biemer, and Ryan Allan, the panels laid out have a simplistic, DIY quality to them. North American readers are more focused on short, editorial pieces whereas the European market allows for longer-form content. We used this to our advantage, telling the story of Dylan – from his early years growing up in California, through to his professional skateboard career starting at 18 with Alien Workshop, passion for music and fashion, and ultimately his battle with leukemia before his death on October 12th, 2016. This project was seen by Solo Skate Magazine and approved as a conceptual piece. All photography rights belong to their respective owners.
SERVICES
// Content Writing
// Visual Storytelling
// Creative Validation Testing
// Conceptual Design 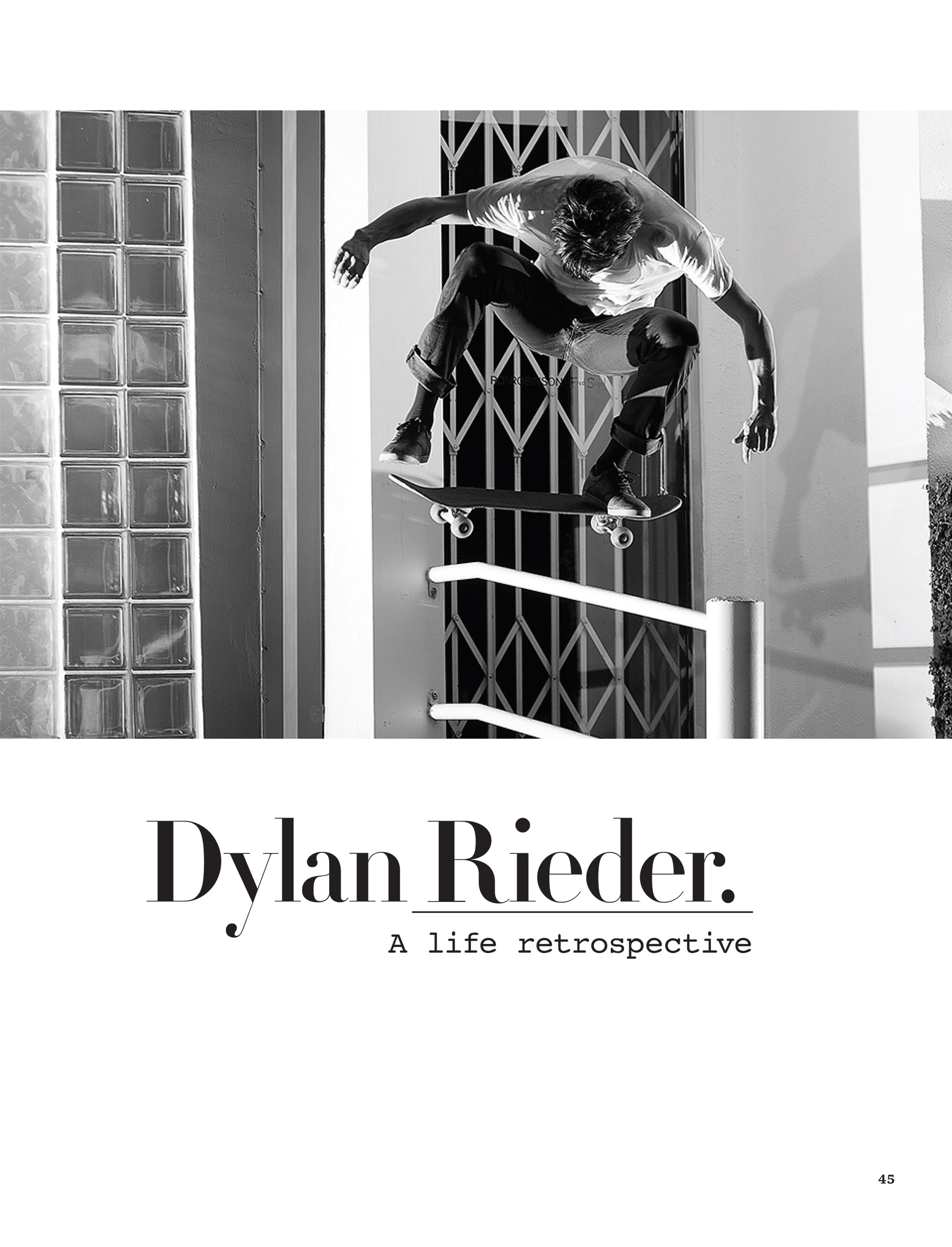 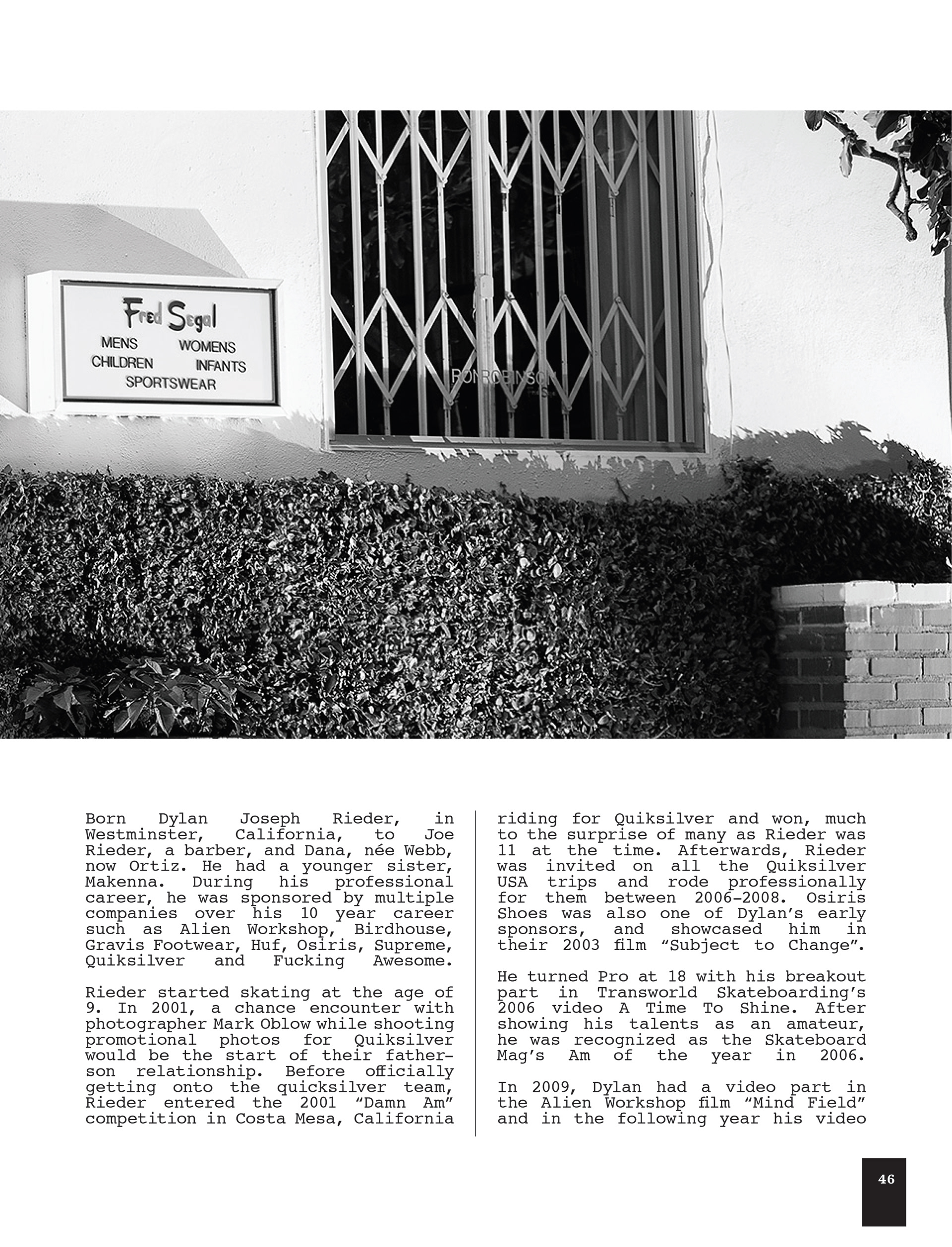 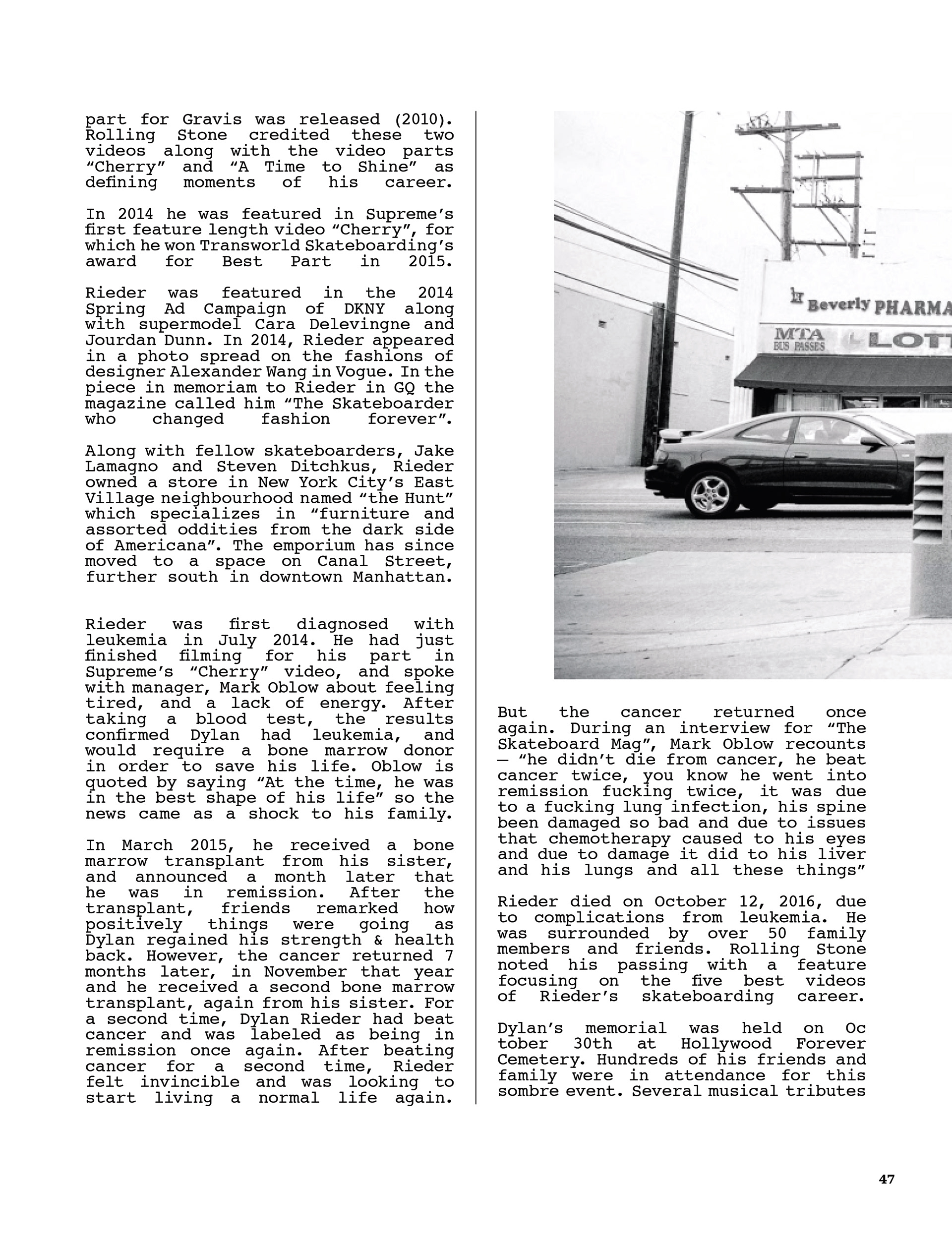 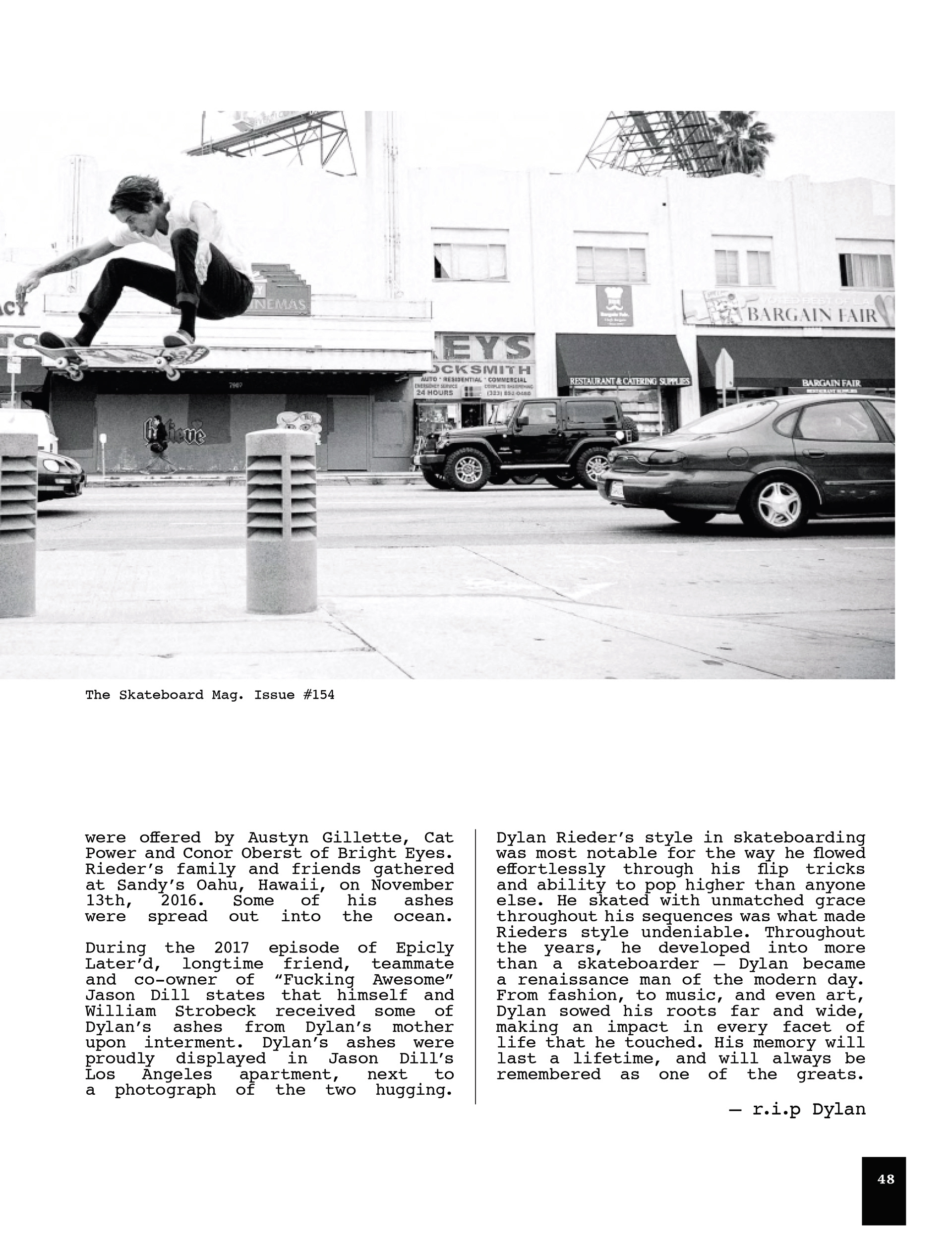 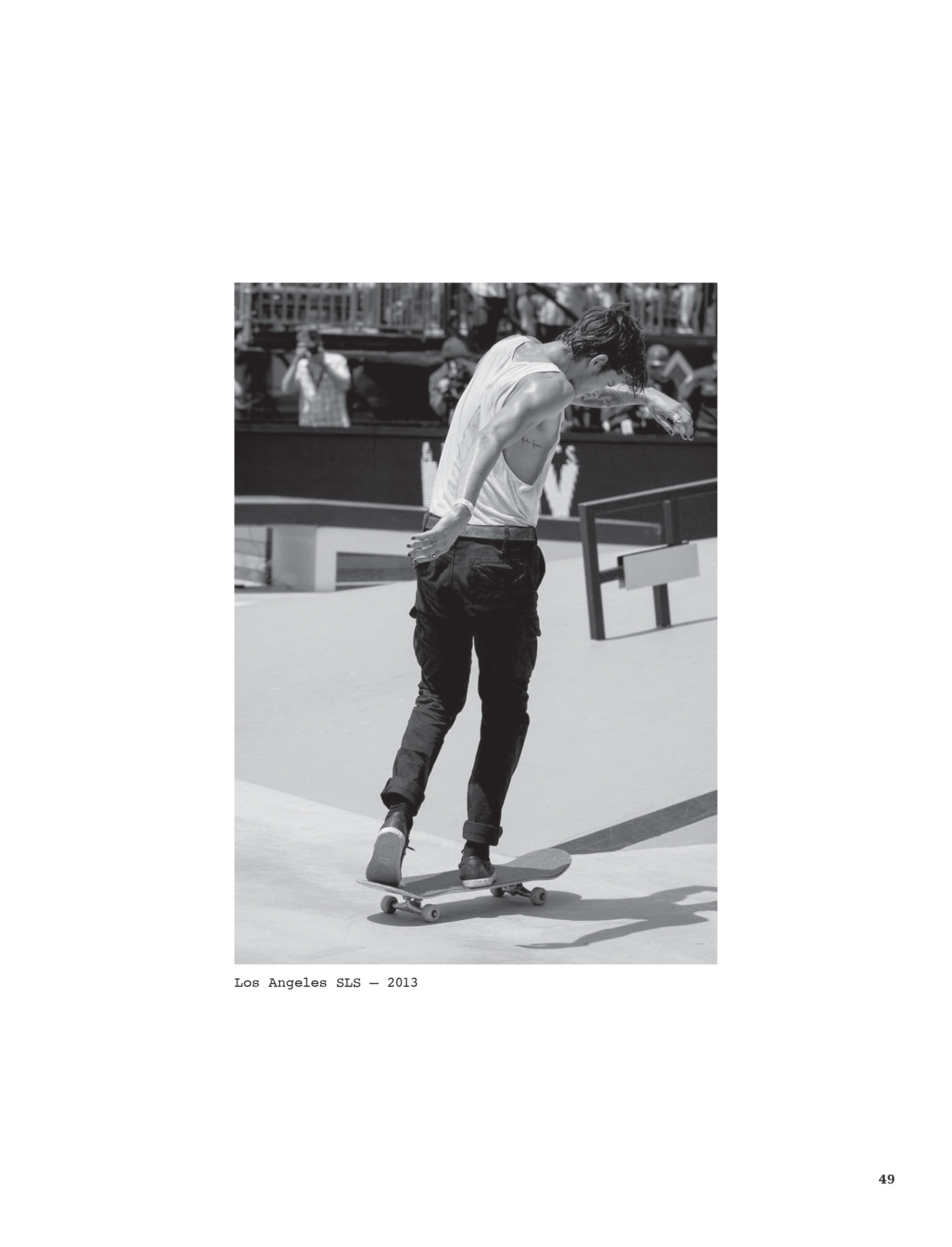 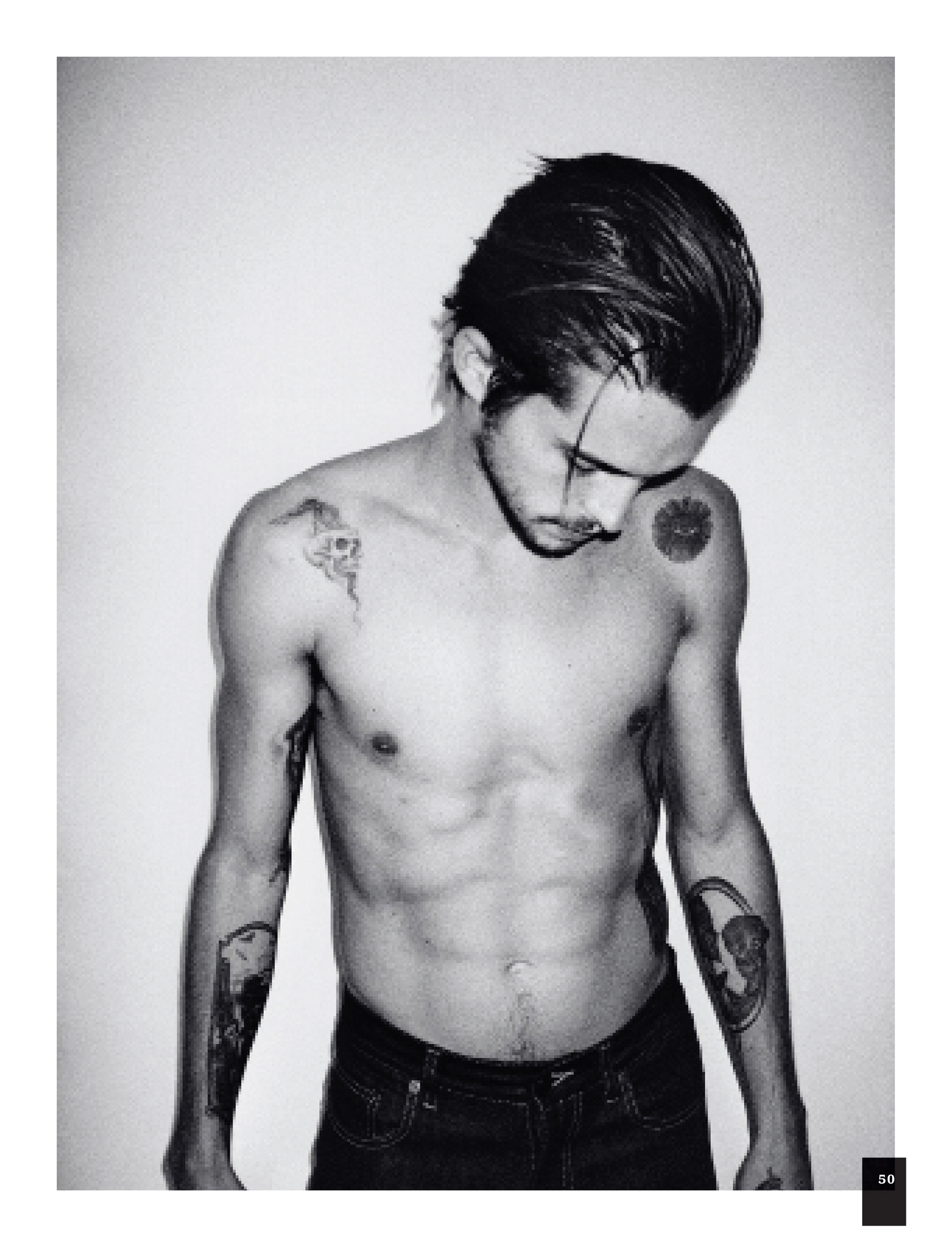